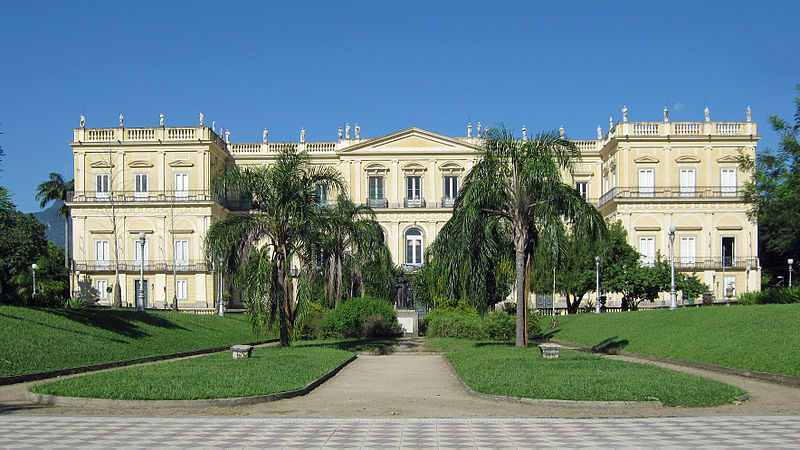 A massive blaze has completely engulfed the National Museum of Brazil destroying more than twenty million rare and historical objects.

In a sad and shocking scene late Sunday (September 2nd), the National Museum of Brazil, one of the largest natural history and anthropological museums in the Americas, was destroyed in a massive fire that consumed the entire 200-year-old structure located inside Quinta da Boa Vista park in Rio de Janeiro.

Around fifty firefighters continued to battle the blaze well into the early morning hours of Monday, September 3rd.

Early reports indicate that the museum’s vast collection of more than twenty million rare and historical objects, including South American archaeological artifacts, meteorites, fossils, and the largest collection of Egyptian artifacts in Latin America, were lost.

Firefighters were first alerted of the fire at about 7:30 PM Sunday evening. The museum was open to the public earlier that day but had closed at 5PM as normal.

According to museum officials, no one was present in the museum at the time the fire was first reported other than several security guards who all escaped unharmed.

“It is incalculable for Brazil to lose the collection of the National Museum,” said the president. “Two hundred years of work, research and knowledge were lost. History can not be measured by the damage to the building that housed the royal family during the Empire. It is a sad day for all Brazilians.”

This past May, the National Museum of Brazil celebrated its 200th birthday. It was founded in 1818 by King John VI of Portugal and housed the Brazilian imperial family between 1822 and 1889 before becoming a museum in 1889.

As of writing, museum officials indicated that the cause of the fire is unknown.