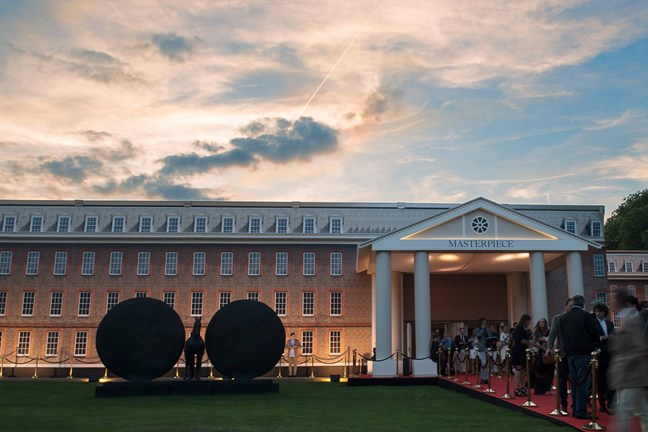 If you have attended the Masterpiece Fair held in London between June 29 and July 5th, you might then have seen some items which visitors on July 5th were not able to see any longer.

And it’s not about items which were sold and removed from the exclusive fair : between 5pm on Tuesday and 9.30 am on Wednesday, £3 million worth of jewellery disappeared from the booth from Geneva-based Boghossian. This happened right under the nose of the security staff from the jewellers and from the fair. The thief also managed to evade the bag controls when leaving the grounds of Masterpiece without anybody noticing the missing pieces.

Scotland Yard is now working on the case, reviewing all CCTV records to understand how it could have ever happened with such security measures in place.

Hopefully this theft, reminiscent of the Pink Panther, will be solved and the thief arrested shortly.

Another theft was also solved a couple of days ago by the German police, some 4 months after it happened. Last March, the Bode Museum (Berlin) was victim of a burglary in the middle of the day. The thefts then left with a 100kgs Canadian commemorative gold coin by climbing on a ladder and taking the coin through the park nearby, without anybody noticing.

Think about it : if it is so easy to steal some goods in such secure settings, with guards and alarms, how safe are our valuables and cherished items ? are you insured for the right value, and for the right circumstances ? If you wish to know, please contact us. One of our services is prevention of valuables and undertake of risk assessments. This is for individuals as well as museums. We also review insurance policies and provide insurance valuations for collections from a hundred thousand to a billion USD. Don’t let a thief ruin your summer.