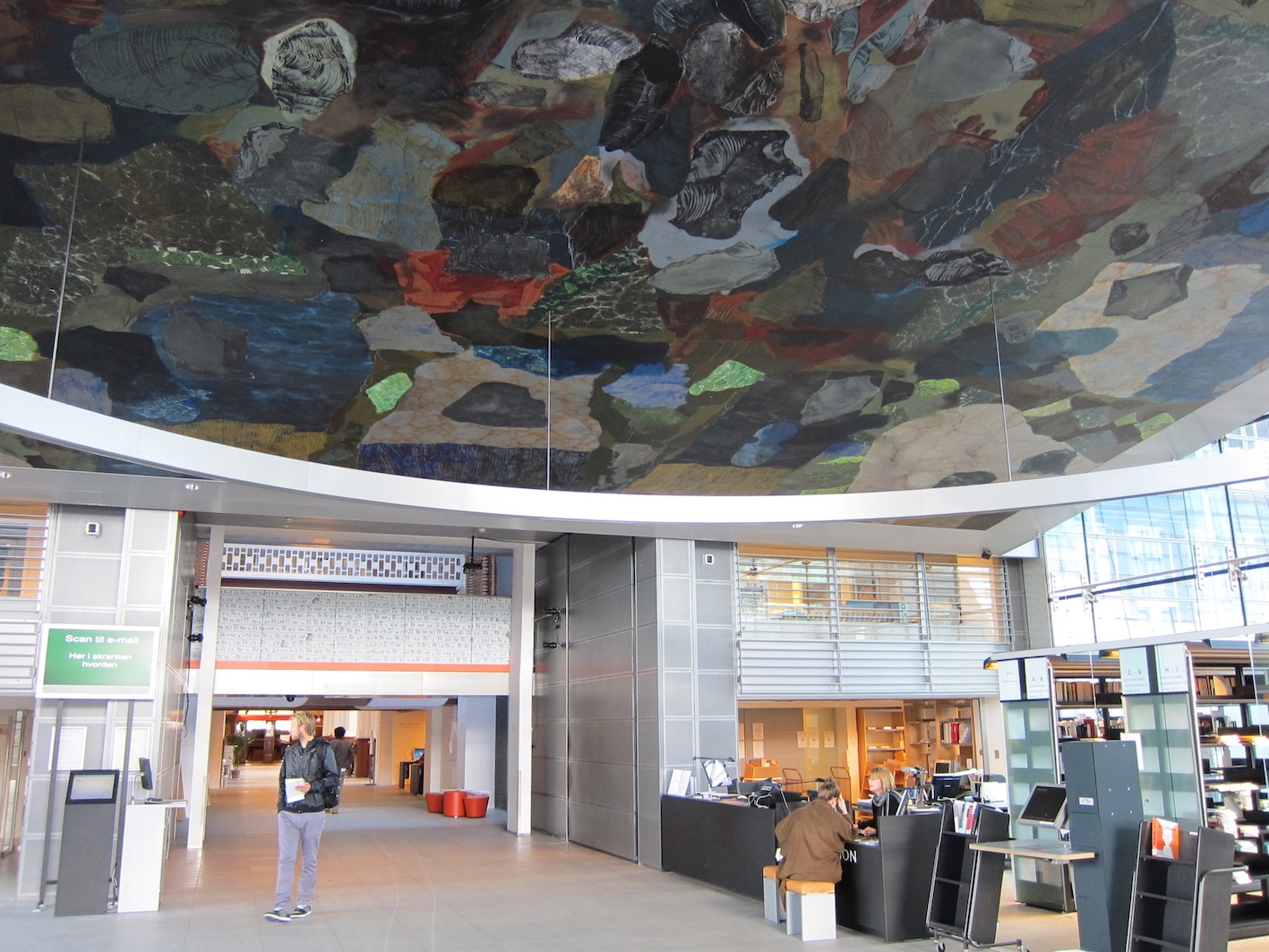 Per Kirkeby—the Danish neo-expressionist painter, sculptor, poet, writer, and filmmaker who likened paintings to “collapsing structures,” a metaphor borrowed from geology—has died. He was seventy-nine years old. Heavily influenced by his training as a geologist and his expeditions to Greenland and Mexico, Kirkeby created work that synthesized nature and art.

“Kirkeby is a romantic painter, but he has ‘described’ the mysticism of the landscape, focusing on the tension between pattern or structure and seemingly structureless fluidity,” Donald Kuspit wrote in the March 2002 issue of Artforum. “To borrow the language of chaos theory, his paintings are an ingenious blend of chaotic (expressionist) dynamics and chaotic (abstract) harmony.”

Born in Copenhagen in 1938, Kirkeby completed a Master’s degree in arctic geology at the University of Copenhagen in 1964 before he studied at the Experimental Art School of Copenhagen—established by the artist Poul Gernes in 1961 as an alternative to the Royal Danish Academy of Fine Arts—and became involved with the Fluxus movement. Kirkbey made Pop-inspired works on masonite in the 1960s and began producing blackboards and small-scale sculptures in the 1970s, but he would not draw international attention until the 1980s.

Kirkeby associated closely with German Artists Georg Baselitz, Markus Lüpertz, A.R. Penck, Jörg Immendorff, and Anselm Kiefer. His first solo exhibition was held at Den Frie Udstillingsbygning, a Copenhagen-based contemporary art center in 1965. The artist’s expressive semi-abstract paintings—which often revolve around themes of sedimentation and stratification, evoke biological forms, and present his observations on the natural world—and sculptures—ranging from minimalist brick structures that question the relationship between architecture and its surrounding landscape to his black-patinated bronze pieces—can be found in the collections of Tate, London; Centre Pompidou, Paris; the Metropolitan Museum of Art, New York; and the Museum of Modern Art, New York.

Represented by Michael Werner gallery with locations in New York, London, and Germany, Kirkeby represented Denmark at the 1976 Venice Biennale and later participated in Documenta VII and IX. Among the various institutions that presented solo exhibitions dedicated to the artist are the Van Abbemuseum, the Netherlands; Kunsthalle Bern; the Whitechapel Art Gallery, London; Museum Ludwig, Cologne; the Phillips Collection, Washington, DC; BOZAR Centre for Fine Arts, Brussels; and the Beaux-Arts de Paris.

Image : The Per Kirkeby fresco in the Black Diamond extension of the Royal Danish Library. Photo : Cristina Bejarano, NY.