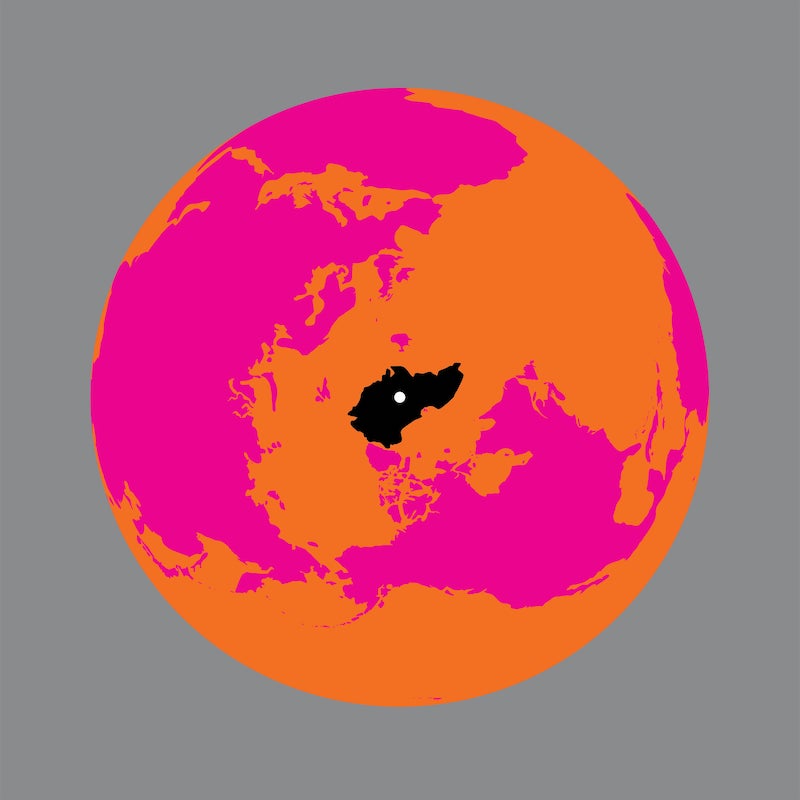 As it happens, this year marks the 50th anniversary of both the first Earth Day and the founding of London’s Serpentine Galleries. To mark the occasion, the British museum is running a program called “Back to Earth,” and as part of it, the museum has commissioned artist Olafur Eliasson to create a new work that calls attention to the climate emergency. Eliasson, who is known for his experiential sculptures and large-scale installations, has responded with nine illusionistic images of the earth that challenge viewers’ perceptions of their relationships to the planet.

Titled Earth perspectives, the series features maps showing the Ganges River in India; Yakutia in Siberia, Russia; the Great Barrier Reef in Australia; Chernobyl in Pripyat, Ukraine; the Simien Mountains in Ethiopia; and other locations around the world. When viewers stare at the dot situated at the center of each image for 10 seconds and then shift their focus to a blank surface, they will see an afterimage of Eliasson’s work with different colors from the digital image.

“We must take the time to empathize with all those struck by the crisis and also seize this opportunity to imagine together the earth that we want to inhabit in the future—in all its wonders and beauty, in the face of all the challenges ahead of us,” Eliasson said in a statement about the project’s potential as a vehicle for empathy amid the current global crisis.

The artist added that Earth perspectives might enable people see the world from the points of view of plants and animals, inspiring greater interconnectivity with the ecosystems around us. “A glacier’s perspective deviates from that of a human. The same goes for a river,” he said.