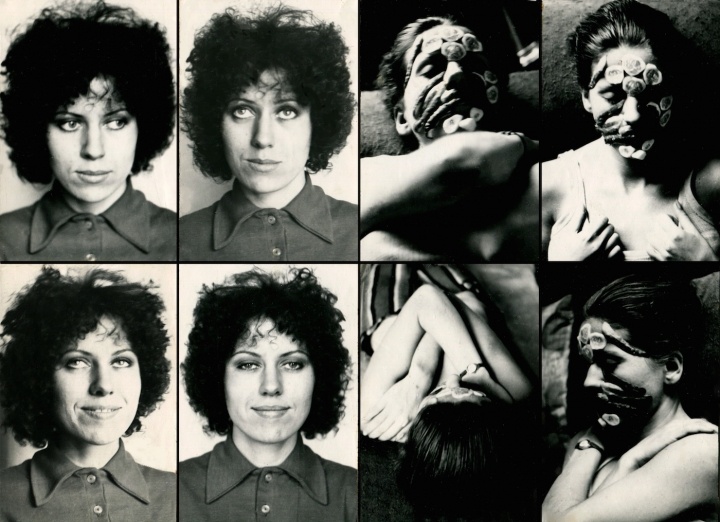 At midnight of June 9, 1972, the Belgian artist Raphaël August Opstaele released a flock of 10,000 butterflies on St. Mark’s Square, to disrupt what he perceived as a controlled and oppressive environment. This was the climax of his piece for the 36th Venice Biennale, titled “The Butterfly Project,” which lasted but for a moment and was, overtime, largely forgotten.

Opstaele, who founded the art collective Mass Moving, is far from a household name, but a new initiative is attempting to reintroduce his work to the general public. Launched last month, Forgotten Heritage is an interactive, online database that highlights overlooked European avant-garde artists active after 1945. It currently features the works of dozens of artists from Poland, Croatia, Estonia, France, and Belgium, and will continue to include more from other countries over time. Supported by Creative Europe, the free visual resource was compiled over several years by an international quartet of cultural institutions — the Arton Foundation in Warsaw, the Office for Photography Foundation in Zagreb, Kumu Art Museum in Tallinn, and Luca School of Arts in Brussels.

“The goal of this project is to make art from outside of the mainstream more available and visible,” Marika Kuźmicz, a spokesperson for the Arton Foundation, told Hyperallergic. “We are focused on somehow forgotten artists, galleries, movements. We tried to digitize and develop archives ‘hidden’ in private studios, which are valuable but not represented in the main or official [institutional] discourse.”

Among those featured is the Polish artist Jolanta Marcolla, whose self-portraits and experimental camerawork are supplemented with catalogues; the Estonian artist Leonhard Lapin, whose graphic style ranged from surrealist to Art Deco; and Kaarel Kurismaa, a pioneer of Estonian kinetic and sound art.

In its current form, Forgotten Heritage offers visitors around 800 records to explore, from documentation of artworks to texts. The majority of works stem from to the ’60s and ’70s, as a timeline illustrates, with the most recent piece dating to 2005. This interactive feature, which has embedded links to individual artists’s biographies and examples of their artworks, is one way to explore the well-designed archive. Web visitors can also browse artists by medium (ranging from assemblage to serigraphy); by affiliated institutions (from galleries to universities); and by their relationships, as visualized in a sprawling web that can be filtered for specific types of association.

The team of collaborators drew all the material from artists’ private archives and institutional collections. Marika estimates that about 40% of the works have never been previously shared online, with the majority of this group representing artists from Belgium and Estonia. Unearthing these collections, she added, has been a learning experience for the researchers as well.

“As an author of this project, I realized how little we, as Polish, know about Baltic countries art,” Marika said.

The database represents just one aspect of a major endeavor to revisit these decades of vivid art production. The researchers have also invited students from Poland, Estonia, Croatia, and Belgium to study the database and prepare corresponding exhibitions of avant-garde artists in their capital cities. Two have opened, at Galeriji Spot in Zagreb and at Kumu Art Museum in Tallinn; exhibitions in Warsaw and Brussels will follow in May and June, respectively.