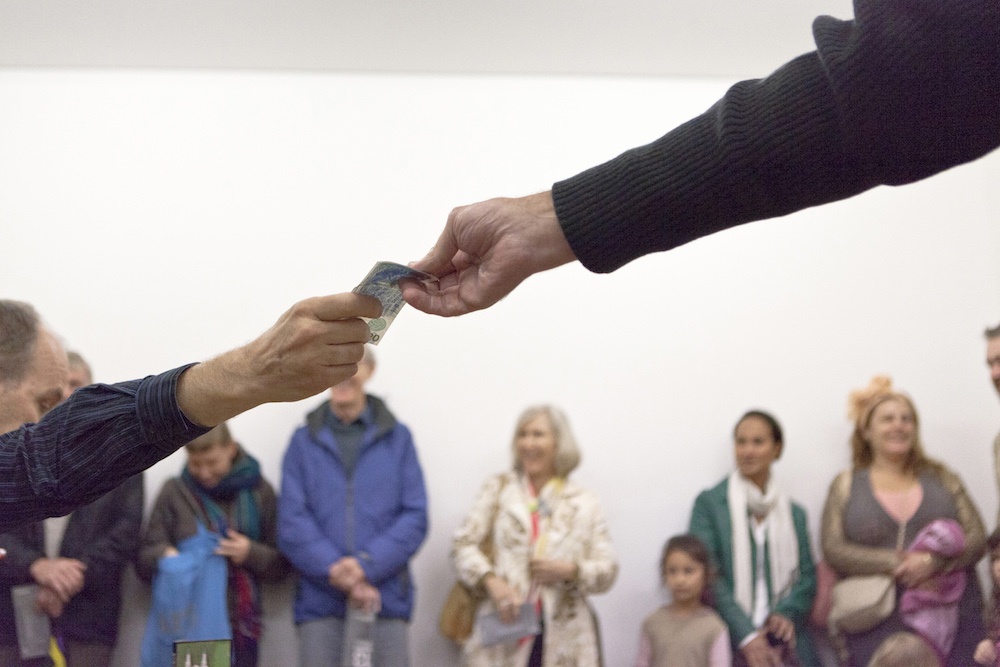 The Spring/Summer 2017 art season is so rich in opportunities to buy some works that many collectors can’t wait to go art shopping.

Frieze NewYork has just opened, and is already considered a success by the many gallerists exhibiting. American collectors have been showing up in droves to acquire the best pieces. Lisson gallery (London) and Victoria Miro (London) had both pretty much sold their whole booth on the day of the opening, and the same goes for a lot of the exhibitors. Interestingly, only US buyers embarked on an art shopping spree : hardly any European collectors were to be seen at the fair.

Is the reason to be found behind the political context ? Possibly, but the art calendar and the globalisation of the market are more likely to be the cause. In May and June, the whole art world is commuting between the US and Europe. This year, May sees the opening of the Venice Biennale (May 13- Nov.26). It will be shortly followed by Skulptur Projekte Münster (June 10 – Oct.1), and Dokumenta Kassel (June 10- Sept.17) & Dokumenta Athens (Apr.8-Jul.16). Let’s of course not forget the worldwide event Art Basel (June 15-18).

The auction season will also lead the charge, scattered between NY on one side, and Geneva, Paris and London on the other side. Some highlights of these sales include, for Sotheby’s : Danaë, considered the first masterpiece by Egon Schiele (New York, Impressionist and Modern Art evening sale, May 16). Untitled, Jean-Michel Basquiat, a spectacular but rarely seen work from 1982, and Nude Sunbathing, an iconic late piece by Roy Lichtenstein (both in the New York Contemporary Art Evening Auction, May 18). A sale dedicated to Diego Giacometti will also take place in Paris on May 17 (Design), whereas Geneva will see the sale of some very important jewels, as mentioned in a previous article.

For Christie’s, the Fine Chinese Ceramics and Works of Art sale on May 9 will feature an extremely rare pair of Famille Rose Qianlong vases, expected to fetch circa 2million USD. The Impressionist and Modern Art Evening sale, on May 15th, will also present heavy weights of the market. Will be auctioned : a lifetime cast of the iconic Muse Endormie by Constantin Brancusi , Femme assise, robe bleue (1939) by Picasso, and Les trois cierges, a beautiful and pre-war painting by Marc Chagall. Christie’s Geneva will offer on May 17th the 92 carats-pendant La Légende; the same day their New York premises will auction Three studies for a portrait of George Dyer by Francis Bacon, Untitled II (1977) by Willem de Kooning, Leda and the Swan by Cy Twombly amongst other lots with eight digits estimates.

A look at the Phillips and the Bonhams auction calendars also promises some new records.

Who said the market was lacking museum-quality works ?