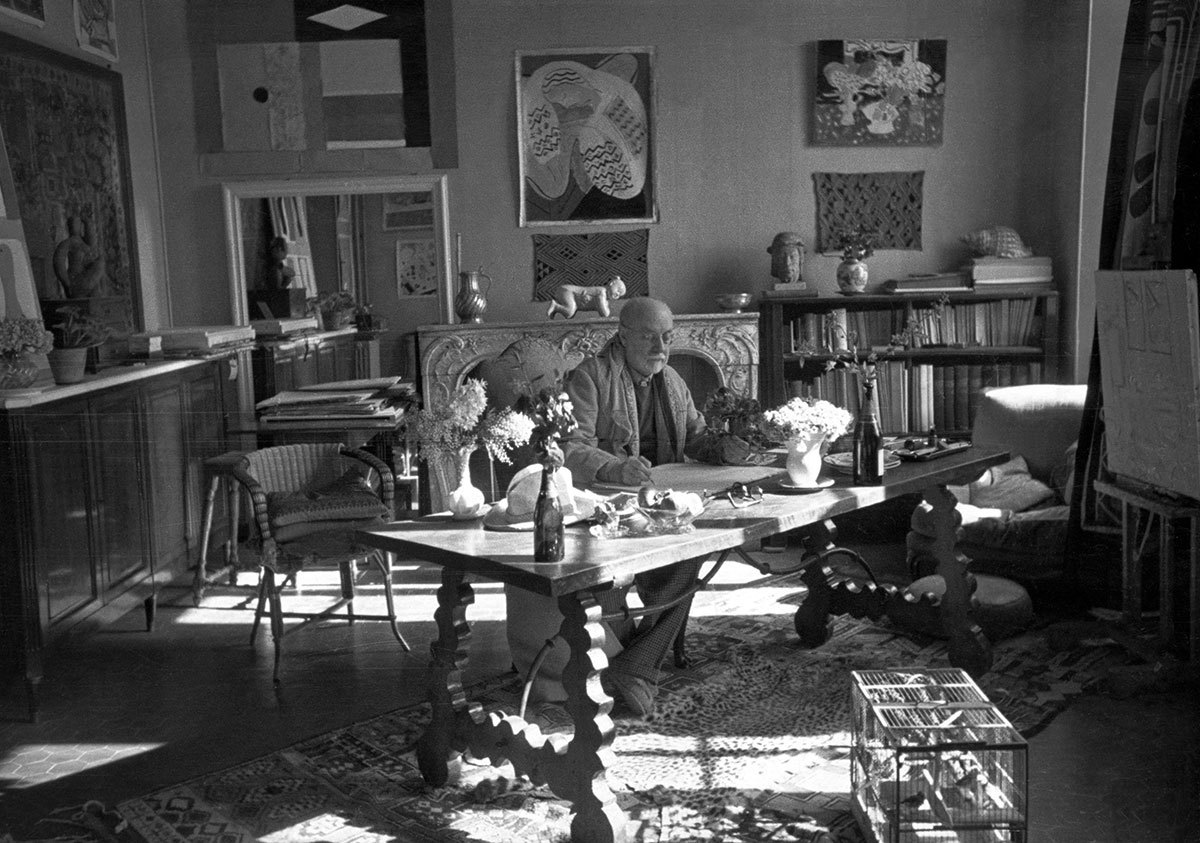 Matisse in the Studio is the first exhibition to consider how the personal collection of treasured objects of Henri Matisse (1869-1954) were both subject matter and inspiration for his work. To reveal the working processes by which these pieces were transformed in his oeuvre, around 35 objects are displayed alongside 65 of Matisse’s paintings, sculptures, drawings, prints and cut-outs.

Matisse’s eclectic collection ranged from a Roman torso, African masks and Chinese porcelain to intricate North African textiles from the nineteenth and twentieth centuries. He selected these objects primarily for their aesthetic appeal and although not generally rare or the finest examples of the traditions to which they belonged, they were of profound significance to Matisse’s creative process. Most of the objects are on loan from the Musée Matisse, Nice, and several others are from private collections, which have been publicly exhibited outside France for the first time.

The exhibition explores how Matisse continuously returned to his collection throughout his working life and how the objects were reconsidered, depending on the pictorial environment into which they were placed. In 1951 he said, “I have worked all my life before the same objects…. The object is an actor. A good actor can have a part in ten different plays; an object can play a role in ten different pictures.” Matisse’s objects were vital creative stimulus, so much so that he travelled with them, even to temporary residences, and letters to family members often included requests for objects to be moved from Paris to Nice.(…)

Matisse in the Studio offers an intimate insight into Matisse’s studio life and artistic practice, exploring how the collage of patterns and rhythms, which he found in the world of objects, played a pivotal role in the development of his masterful vision of colour and form.

The exhibition Matisse in the Studio will run from Aug.5 to Nov.12 2017, at the Sackler Wing, Burlington House.

The text is an extract of the press release for the exhibition. For more informations on Matisse in the Studio including conditions of access and works exhibited, please visit the website of the exhibition.