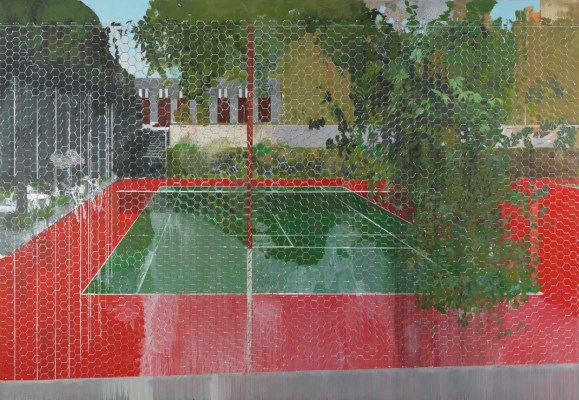 The first auctions of the new art sales season usually give the tone for the market. London saw some impressive lots sold during the first week of October, but also a certain number of fails.

At Christie’s London, the highlight of the sale did not find a buyer. Francis Bacon’s Study of Red Pope (1962), valued at £60-80 million fell short of selling, despite the number of interested parties in the room. The work would have broken the auction record for the artist (triptych excluded), which no collector seemed to be in the mood for achieving that evening. In the same sale, another Pope work by Bacon (Head with raised hand,1955) sold for £11.5 million, well over its estimate of £6 to 8 million. The artwork, whose spur was lost as per the catalogue raisonné, was waiting in a private collection for this auction day to come.

Overall the sale still saw some world record auction prices established for Grayson Perry, Howard Hodgkin, David Salle, Hurvin Anderson, Antony Gormley, Tony Bevan, Amy Sillman, Thomas Schütte. The Italian sale the day before did not do much better, but also saw its lot of records (including for Michelangelo Pistoletto). For both sales, the percentage of unsold lots is around 20% and left works by Peter Doig, Jenny Saville and Damien Hirst without new owners.

Sotheby’s London did slightly better with only 12% of unsold lots, but for a lower total sale amount. The top lot of the evening auction, Cy Twombly Untitled,1962, sold for £6.4 million, whilst Basquiat’s Bronze failed to sell (estimate £5 to 7 million). Unfortunately for Sotheby’s they had guaranteed this lot as well as a couple of other ones by Gursky, Basquiat and Hirst, which sold below the estimate or did not sell at all. The auction still saw some nice works changing hands. Amongst them, Thierry de Cordier, Josef Albers and Alex da Corte pieces established new records for the two artists. Let’s not forget David Hockney’s 15 Canvas Studies of the Grand Canyon, which fetched £6 million.

Phillips also had its share of success, with only 6% of unsold lots and one world record for artist Hurvin Anderson (£1.8 million). Two lots by Ai Weiwei however sold well below the estimates, and below their acquisition price of two years ago.

The November auctions sales will be interesting to watch. With important artworks to go under the hammer (Magritte ‘s “Empire des Lumières” at Christie’s, Chagall’s “Les Amoureux” at Sotheby’s) and on the back of these half successful October sales, we might obtain a realistic idea of the art market’s health.