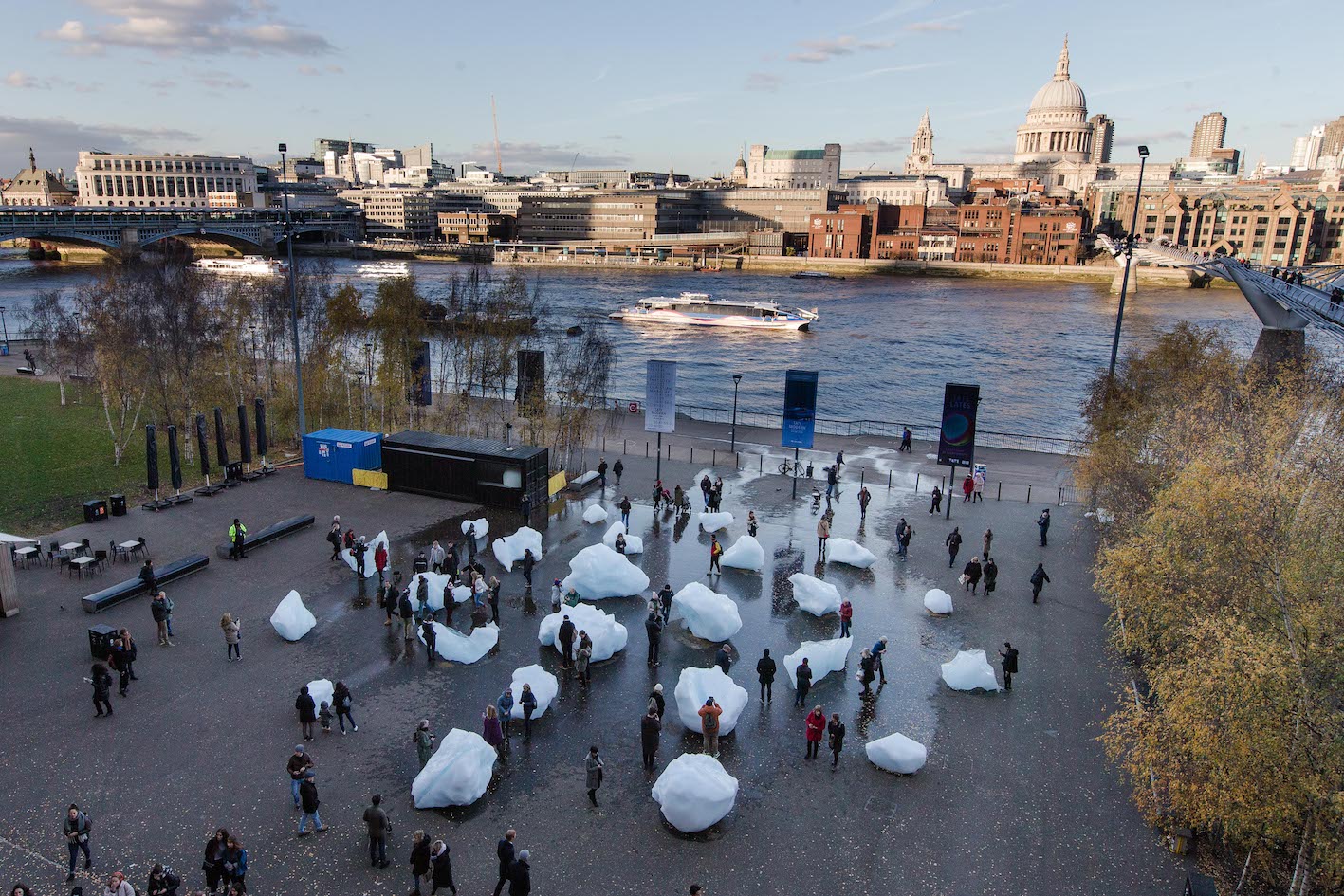 Danish-Icelandic artist Olafur Eliasson has extracted 30 blocks of glacial ice from the waters surrounding Greenland and placed them in public spaces across London, where they will be left to melt.

Called Ice Watch, the temporary installation is meant to serve as a visual reminder of the impact of climate change on the environment. The hunks of ice are scattered across two locations. There are 24 in a circular grove outside Tate Modern and six additional blocks outside the Bloomberg headquarters in the City of London.

Eliasson hopes that the project will “give feelings to things that are otherwise unemotional” and encourage the “big players, the state, but also the private sector and large companies” to act. “It is so abstract, it’s so far away Greenland, it’s literally out of our body and it’s in our brain and I wanted simply to change that narrative of the climate from our brain and emotionalise it into our bodies,” the artist told Dezeen.

Eliasson worked with geologist Minik Rosing to transport over 100 tonnes of free-floating, glacial ice from the waters of the Nuup Kangerlua fjord in Greenland. The ice had separated from its sheets and was discovered melting into the ocean.

The installation will be on show from 11 December until the ice melts, which will depend on weather conditions. Members of the public can interact with the blocks and watch as the ice thaws in front of them. “The ice is amazingly beautiful – you can smell it, you can kiss it, and essentially put your hands on it and touch Greenland,” said Eliasson. “It is a lot more physical; it suddenly gives a stronger sense of what it is they’re talking about when they say the Greenland ice caps are melting,” he explained.

The exhibit coincides with the meeting of world leaders at the COP24 climate change conference in Katowice, Poland. It aims to inspire “really urgent” public action against climate change. “The cultural sector has a very strong relationship with the general civic society and I think the cultural sector has the mandate to express itself and to voice its concern when the so called public sector, the politicians fail to do so,” explained Eliasson.”We must recognise that together we have the power to take individual actions and to push for systematic change. Let’s transform climate knowledge into climate action,” he continued.