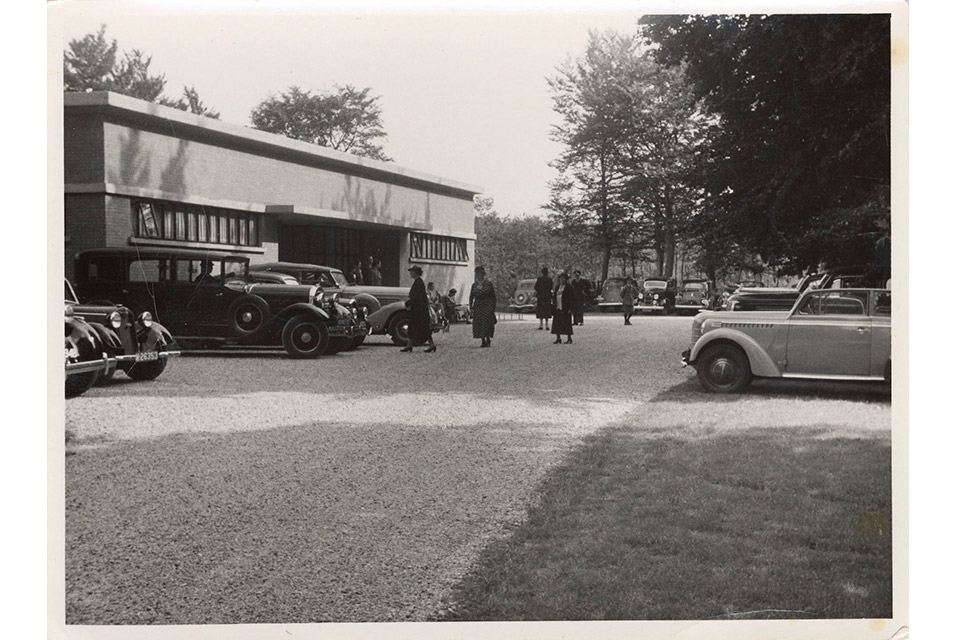 On 13 July 2018 it will be exactly eighty years since the Kröller-Müller Museum first opened its doors to the public. Helene Kröller-Müller saw her dream become reality in 1938 with the opening of what was then called the Rijksmuseum Kröller-Müller. The museum celebrates this with the launch of an online Timeline, full of fascinating stories that have never previously been made public.

Storytelling In the Timeline

The history behind the artworks is conveyed through storytelling from the perspective of the directors of the Kröller-Müller Museum. Letters and photographs from the archives are used for this. The richly illustrated result provides insight into the vision of Helene Kröller-Müller and her successors and clarifies their choices of the artists and architects with whom they collaborated.

Unknown stories are revealed. Like the story behind the famous painting The potato eaters by Vincent van Gogh, which was acquired not by Helene but by the museum’s first curator, Willy Auping jr. And who actually knows where Helene’s painting collection was during the war?

On 13 July, the museum launches the history of its founder Helene Kröller-Müller, the museum during the Second World War and the period under director Bram Hammacher (1947-1963), who founded the sculpture garden. The Timeline will be supplemented with new stories throughout the jubilee year.

The Timeline is made possible with the support of the Helene Kröller-Müller Fund. Discover the Timeline at: www.krollermuller.nl/timeline.

Image : Opening of the Rijksmuseum Kröller-Müller. July 13, 1938. via Artdaily.com