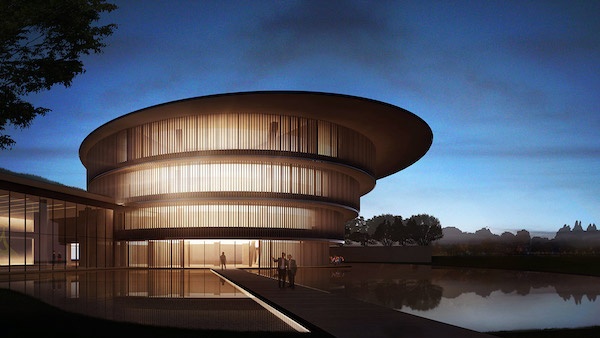 Originally scheduled for a 21 March inauguration, the museum is following measures recently announced by the Chinese government and World Health Organisation.

The opening of the highly anticipated He Art Museum (HEM) in southern China has been postponed due to the coronavirus outbreak that has unsettled the country in recent weeks.

Designed by architect Tadao Ando as a celebration of southern Chinese and contemporary culture, HEM is now closely following the measures recently announced by the Chinese government and World Health Organisation (WHO) as cautions heightened after the outbreak was declared a ‘public health emergency of international concern’ last week. The museum was originally scheduled to open in the city of Shunde on 21 March. “The health and safety of HEM’s staff, construction workers, artists, future visitors, and international collaborators are of top priority,” the museum said in a statement on Monday.

“HEM understands that China is doing all it can with a nationwide mobilisation effort to contain the spread of the virus. As a museum opening event is a major gathering, HEM decided to postpone the ceremony to minimise the risks of transmission. HEM is looking forward to finding a suitable date for its opening which will be announced in due course,” the statement added.

HEM’s preopening programmes will also be rescheduled, including a London press event scheduled for this week, the “Explore HEM” architecture tour planned for the general public on 20 February and an international architecture media tour with Tadao Ando Architect and Associates at the end of February.

Totalling 16,000 square metres, Ando’s design presents his signature with the use of slick concrete, represented by the double-helix staircases in the central courtyard. The exhibition space will showcase HEM’s comprehensive collections as well as special curated domestic and international programmes.The museum will also comprise a 300-square-metre education area, a bookstore and café.