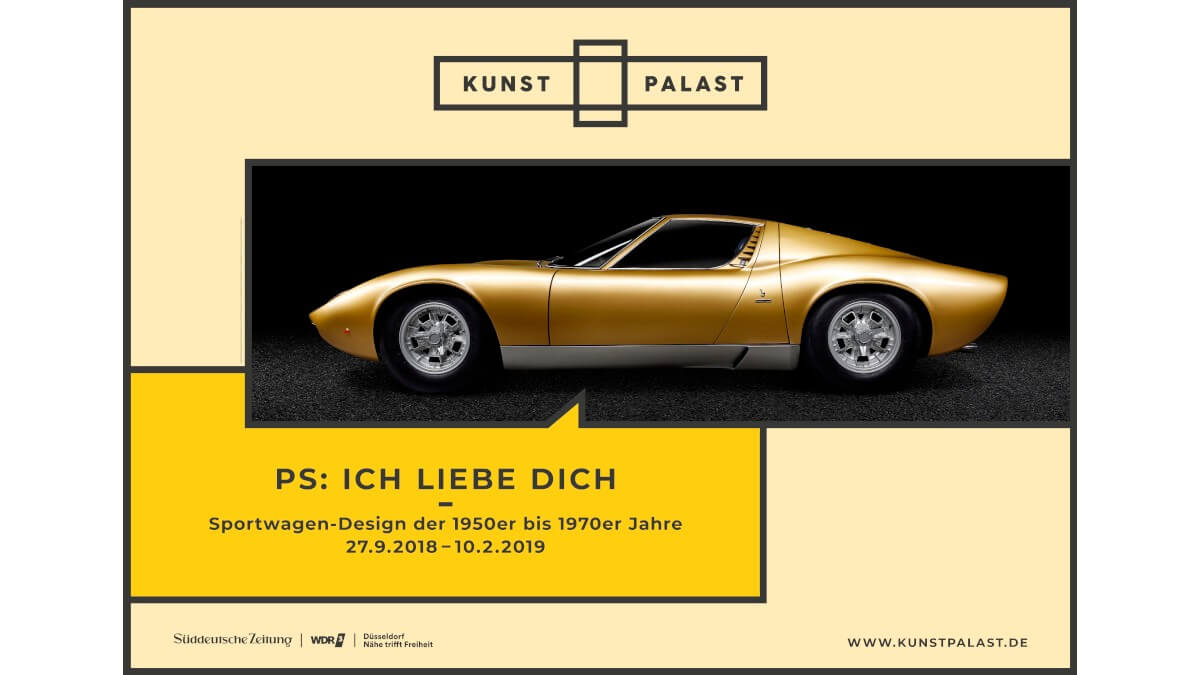 They are fast, beautiful, eccentric and innovative: sports cars from the 1950s to the 1970s. Automobiles, whose bodies and engines combine to form an aesthetic “Gesamtkunstwerk”.

In recent decades these cars have become sought-after collector’s items and, not least in terms of design, have enjoyed cult status – and deservedly so. Hardly any design object has transformed our lives so fundamentally, beyond its mere practical application. Against this backdrop the exhibition presents around 30 outstanding sports cars, all of which rank among the very icons of the history of design and technology.

The exhibition features legendary sports cars such as the Mercedes Benz 300 SL (1954), based on a racing car, the aero-dynamically designed Jaguar E-Type (1961) and the elegant Lancia Aurelia Spider (1954). The presentation also includes cult cars from the 1960s, such as the Lamborghini Miura and the Toyota GT 2000, one of the most beautiful Japanese models ever produced.

Further interesting insights in terms of design and technology are offered by the so-called Concept Cars by Mercedes-Benz (C111-II) and BMW (Turbo) from the 1970s, as well as a number of prototypes, such as the Alfa Romeo Giulietta SS from 1957, whose shape is somewhat reminiscent of a rocket-like UFO.

The exhibition is the first of its kind directing the focus on the car as a work of art combining form, technology, design and emotion.

Curated by Dieter Castenow and Barbara Til, the exhibition “CARS – Driven by Design. Sports Cars from the 1950s to the 1970s” runs until 10 February 2019 at Museum Kunstpalast, Düsseldorf. Please click on the link for more informations. A trailer is also available here.