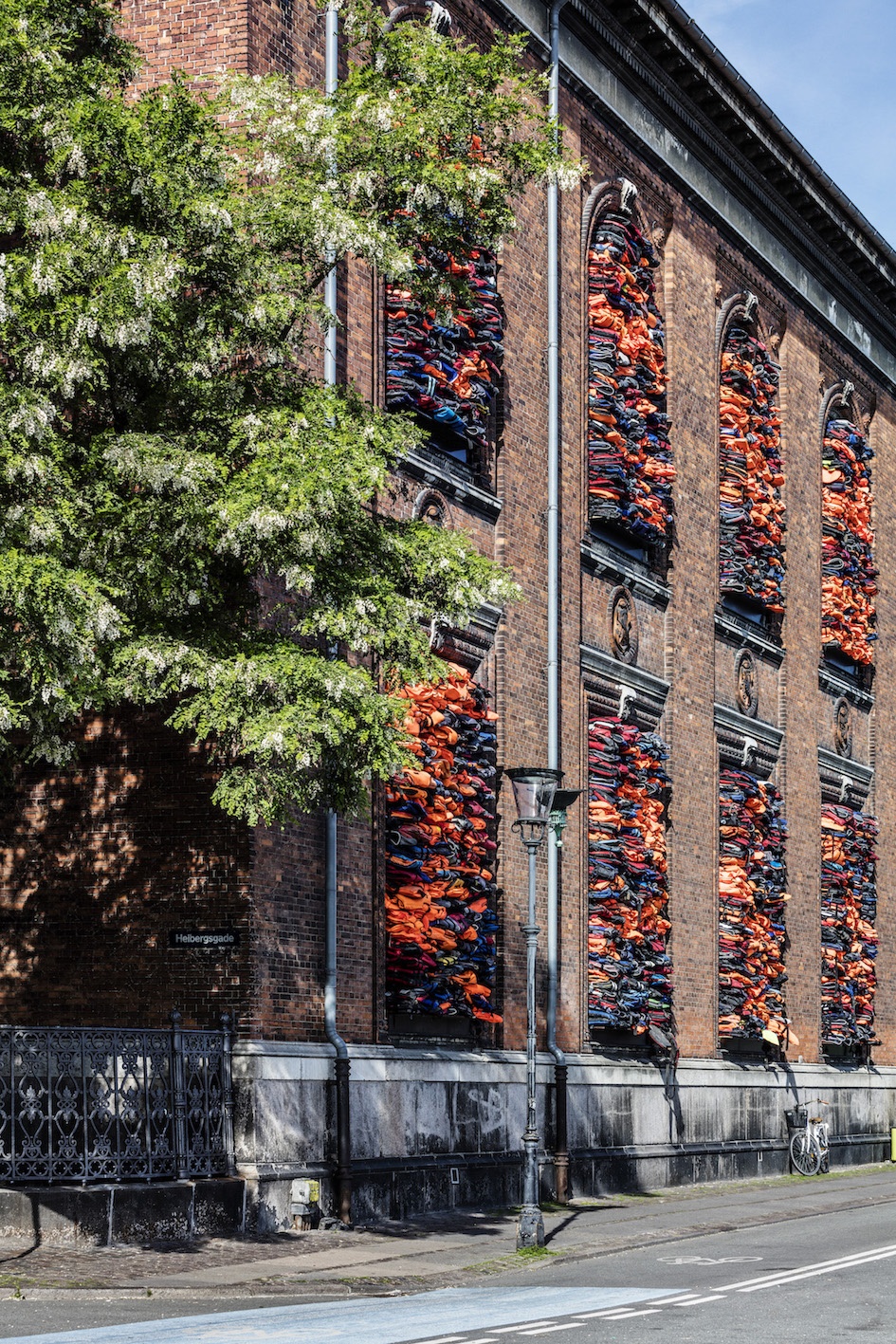 Focus on the humanitarian crisis
With this installation, Ai Weiwei hopes to bring focus to the refugee crisis currently taking place across Europe. According to UNHCR, 1’377’349 individuals arrived in Europe via sea in 2015 and 2016. In the same period, over 8000 individuals have died or disappeared attempting this journey. It is the wide-spread humanitarian crisis, which Ai Weiwei aims to bring focus on.

The name of the work stems from Claude Monet’s painting Impression, Soleil Levant from 1872, which depicts the harbour in Le Havre at the end of the 1870-71 Franco-Prussian war. Whereas Monet’s landscape painting captures the political and social reality of its time with its cranes, steamboats and industrialisation, Ai Weiwei’s Soleil Levant draws attention to the political and social reality of today through refugee lifejackets.

World-renowned artist and activist
Ai Weiwei is one of the most respected living artists in the world today. His work – across sculpture, architecture, installations, music, photography and film – always challenge and encourage critical debate. He has previously exhibited at ARoS, Louisiana and Arken in Denmark, where his works are also part of the museums’ permanent collections.

In 2011, Ai Weiwei was detained in China for 81 days without charges and had his passport confiscated. He did not get his passport back from the government until 2015. Since relocating to Berlin following the return of his passport, many of the artist’s latest works focus on the refugee crisis of present-day Europe.